Birth, aging, sickness and death are the inescapable parts of life. While many of us are well prepared for the eternal rest by making a will, we often tend to overlook the blurred lines between aging and dying (e.g. when one suffers from dementia and becomes mentally incapacitated), and as such, failed to make proper end-of-life care preparation. This is where EPA comes in.

What is an Enduring Power of Attorney(“EPA”)?

According to the Enduring Powers of Attorney Ordinance (Cap.501 of the Laws of Hong Kong) (the “EPAO”), an EPA allows its donor (the person who wishes to give his/her power of attorney to someone), while he/she is still mentally capable, to appoint and give power to act on his/her behalf to an attorney(s) to take care of the donor’s financial matters in the event that he/she subsequently becomes mentally incapacitated.

Unlike a general power of attorney that will cease to be effective as soon as its donor becomes mentally incapacitated, an EPA will “endure” the donor’s mental incapacity and give the attorney the power to continue the donor’s financial affairs despite such incapacity.

Key advantages of an EPA :

Donor is free to appoint whatever person as his/her attorney. However, an attorney must be:

A donor is free to appoint more than one attorney but they must be appointed to act jointly or jointly and severally (section 15(1) of the EPAO). If the donor does not make an express choice, the EPA will not be valid.

Duties and liabilities of attorney(s) Section 12(1) of the EPAO emphasizes that an attorney’s duties towards the donor “are of a fiduciary nature”. In a nutshell, that means the attorney is to administer the donor’s assets only for the donor’s benefit. The attorney should not profit from such exercise and must avoid situations where there is conflict of interest between his-/her-self and the donor.

Section 12(2) of EPAO further notes that an attorney under an EPA has the following duties:
(a) to exercise his powers honestly and with due diligence;
(b) to keep proper accounts and records;
(c) not to enter into any transaction where a conflict of interest would arise with the donor; and
(d) not to mix the property of the donor with other property.”

Please note: Unless the donor includes a restriction preventing it, his/her attorneys will be able to:

The donor must not:

otherwise the EPA will not be valid.

How to make an EPA

For an EPA to have legal effect, it must be made out in the “prescribed form”. “Prescribed form” means the Form(s) set out in the Schedules to the Enduring Powers of Attorney (Prescribed Form) Regulation (Cap.501A of the Laws of Hong Kong).

Signed by the donor

For an EPA to have legal effect, it must be “executed in the prescribed manner by the donor and the attorney”, though “not necessarily at the same time”.

A donor must sign the EPA before a registered medical practitioner and a solicitor. The EPA must be signed by the donor either:

The definition of “execution” under section 10(3) EPAO also makes it clear that an EPA remains an uncompleted and useless document unless and until the donor signs it before a solicitor. If there is a time gap between the signing before the medical practitioner and the signing before the solicitor, the EPA is not a valid enduring power of attorney during the time gap. It will not even constitute an ordinary power of attorney during such period.

Certificate by a registered medical practitioner and a solicitor

Certificate by a registered medical practitioner

Section 5(2)(e) of the EPAO specifies that the registered medical practitioner has to be “satisfied that the donor was mentally capable” when signing the EPA. This certification by a registered medical practitioner would also serve to minimize the chance of future challenges to an EPA on the grounds that the donor was already mental incapacitated at the time of executing the EPA.

Certificate by a solicitor

Section 5(2)(d) of the EPAO provides that the solicitor has to certify that “the donor appeared to be mentally capable”.

Arrangements for donor who is physically incapable

Section 5(2)(b) of the EPAO caters for the scenario where a donor is mentally capable, but physically incapable of signing: “if the donor is physically incapable of signing, any other person, not being the attorney, the spouse of the attorney, the registered medical practitioner or the solicitor before whom the instrument is signed or the spouse of the registered medical practitioner or the solicitor, may sign the instrument on behalf of the donor in the presence, and under the direction, of the donor.”

Signed by the attorney(s)

Commencement of the EPA

According to the prescribed forms as set out in Schedule 1 and Schedule 2 to the Enduring Powers of Attorney (Prescribed Form) Regulation (Cap.501A of the Laws of Hong Kong), a donor has the option of having the EPA take effect:

If the donor does not specify a date for an EPA’s commencement or an event to trigger its commencement, the EPA will commence upon its execution, that is, when it is duly signed before a solicitor (section 10(3) of the EPAO). It is therefore essential for the donor to be fully aware of his/her choice for the time of commencement of the EPA.

Registration of the EPA

To further safeguard a donor’s interest, the EPAO prescribes:

An attorney would therefore be effectively barred from dealing with the donor’s assets before the registration process is completed. The registration system is administered by the Registrar of the High Court of Hong Kong. The system will ensure that a register of every EPA in force will be kept with the Court, which in turn will allow any person to inspect any EPA and thus be able to monitor an attorney’s activity.

The donor can nominate person(s) to be notified by the attorney before applying to the Registrar of the High Court for the registration of the EPA. The named person(s) can be:

This mechanism would also serve to give some psychological comfort to the donor, by ensuring that persons other than the attorney will become aware of the operation of the EPA upon the donor becoming mentally incapacitated.

If an attorney does not notify the donor or the persons named, that does not prevent the registration of the EPA or make it invalid. However, according to section 19 of the EPAO, in any legal proceedings relating to the EPA the court may, if it considers it appropriate, draw an adverse inference from the attorney’s failure to notify the named person(s).

Section 13 of the EPAO expressly allows a donor to revoke an EPA:

Apart from the revocation as initiated by the donor, there are other circumstances which may render an EPA automatically revoked: 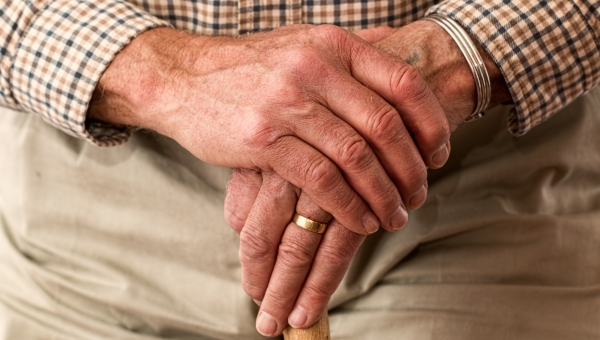