Making a will these days is easier than ever and if you've been putting it off simply because it seems daunting, you could be making a big mistake.

What is Will?
Any person over the age of 18 may make a Will. A Will is a legal document which sets out how a person's assets are to be distributed after his or her death. The person making the Will is called the "testator"(if male) or "testatrix"(if female).

The advantages of making a Will
If a person makes a Will, he/she can:-
If the deceased dies without a Will, the distribution of the assets and who can administer the estate will be governed by the law of intestate.

Application of the law of intestate
If you resides in Hong Kong and passed away and you make no will or if your will has not taken care of all your assets, then your whole estate (if no will at all) or those parts of your assets that have not been taken care of will be distributed in accordance with the law as follows:

If there are any assets left, then, they would be divided into two halves. One half will be given to your husband or wife, and the other half to your child(ren) equally. (and if a child of yours dies young, that is, dies before you do, his or her children take over his/her share equally.
(For more details, please refer to part (B).)

According to section 7 of the Intestates’ Estate Ordinance (Cap. 73), if your matrimonial home is a part of your assets, your husband or wife will have priority, and the right to take that home to satisfy his/her share of your estate. But if his or her share is not enough to take over the home entirely, he or she will have to pay for the shortfall before he/she can take it.

D. You leave behind no descendent (that is, you leave no offspring) but you leave a husband/wife as well as your parent(s) or brother(s) or sister(s)
If you leave behind no descendent, according to section 4(4) of the Intestates’ Estate Ordinance (Cap. 73), even if your husband or wife survives you, your parent(s) or brother(s) or sister(s) may also receive a share of your estate. Your surviving husband or wife will first receive the following:
·         All of your personal items such as your furniture, clothing, accessories and vehicles; and

F. You leave behind adopted children
According to section 2 of the Intestates’ Estate Ordinance (Cap. 73), children who are adopted in accordance with the law enjoy the same succession rights as biological ones that is, they have the same right to inherit their parent’s estate as biologically related children do.


H. You leave behind a concubine
Since 7th October 1971, the laws of Hong Kong no longer allow a man to take a concubine. Yet, according to section 13 and schedule 1 of the Intestates’ Estate Ordinance (Cap. 73), those concubines taken before that date still have certain rights of succession. Roughly speaking, your surviving concubine(s) will take around one third or one sixth of your
assets depending on what family members you also leave behind.

More specifically, if:
(1) your wife survives you; AND
(2) anyone of your descendants, parents, brother or sister also survives you;

then your concubine could receive only 1/6 of your assets after deducting the said miscellaneous expenses and the cash and personal items that your wife is entitled to (if more than one concubine, the 1/6 to be divided equally)

If:
(1) your wife does not survive you, OR
(2) your wife survives you but not any of your descendants, parents, brother or sister;

then your concubine could receive 1/3 of your assets after deduction of the said miscellaneous expenses and the cash and personal items that your wife (if surviving) is entitled to (if more than one concubine, the 1/3 will be divided equally).

Such distribution does not necessarily reflect your testamentary intentions. If you wish to distribute otherwise, you will have to make a Will.

If the deceased died testate (i.e. he/she had made a Will appointing an executor), the executor is the only person who is entitled to apply for a Grant of Probate of the Will. If the executor does not wish to take up the appointment, or if no executor appointed by the deceased survives, then the person entitled to the residuary legacy in the Will has priority to apply for a Grant of Letters of Administration (with the relevant Will annexed). The person entitled to the residuary legacy is the person who can take the remainder of the deceased’s estate after all the other conditions of the Will have been met (i.e. other beneficiaries have been paid, and all the debts and administration expenses have been settled).

If the deceased died intestate (i.e. no Will is found or if the Will has been revoked), the right of a person to apply for a Grant of Letters of Administration would be governed by the law of intestacy. Under rule 21 of the Non-Contentious Probate Rules (Cap. 10A of the Laws of Hong Kong), the order of priority is as follows:

The maximum number of administrators (or adminstratrix in case of a female) of an estate is four . When there is a dispute between persons entitled to a Grant in the same degree (i.e. they are all equally entitled to apply for the Grant), an application has to be made to the High Court to determine who will be appointed as administrators.

Under what circumstances can a Will be revoked?
Usually a person has to take action to revoke his/her own Will. For example, this might be done by making a new Will or tearing the existing Will into pieces. A circumstance that is often overlooked is the revocation of a Will by the normal operation of law due to a subsequent marriage (a marriage that occurred after the Will was made).

A marriage subsequent to the execution of a Will automatically revokes the Will unless it is proved that the Will was drafted in contemplation of that marriage. For example, a clause is inserted in the Will stating that the subsequent marriage with a named person shall not revoke the Will.

On the other hand, it should be noted that a divorce subsequent to the making of a Will does not automatically revoke that Will. However, if there are any specific terms in that Will which allow the former spouse to take some assets from the deceased's estate, these terms may be void unless a contrary intention is proved.

Furthermore, if the deceased did not have the mental capacity at the material time the Will was made, or was unduly influenced by a third party in making the Will, it will be deemed invalid.

Making a will
If you intend to prepare your own Will, the following formalities (which are mostly governed by section 5 and section 10 of the Wills Ordinance, Cap. 30 of the Laws of Hong Kong) should be followed:
Although you can make a Will by yourself, it is advisable to seek help from a solicitor. This will save time and legal costs should it be necessary to prove (after your death) your intention and mental capacity at the time you prepared and signed the Will. A well-drafted Will can also minimize potential disputes among your family members and inheritors.

Limitation to Will
Generally speaking, every person has "free testamentary capacity". That means people can, by Will, leave their assets to whomever they wish.

However, the Inheritance (Provision for Family and Dependants) Ordinance (Cap. 481 of the laws of Hong Kong) empowers the Court to make orders that provisions be made out of the deceased's estate for certain members of the deceased's family and dependants. This is because whilst the law in Hong Kong confers absolute testamentary freedom on individuals, it also recognizes the need for an individual to make financial provisions from his estate for his spouse and those who had been dependent on him financially during his lifetime.

For example, if you were to declare that all your estate goes to your parents, or a charity, without leaving even one cent to your wife or minor children, such an intention may not be achieved after your death. Your wife and your children could apply to the Court for provisions to be made for them from your estate. In other words, they may be entitled to get a reasonable amount from your estate in order to maintain their living. This is governed by section 3, section 4 and section 5 of the Inheritance (Provision for Family and Dependants) Ordinance.

In theory, the scope of the Inheritance (Provision for Family and Dependants) Ordinance also covers the case of a person who died intestate (without leaving a Will). In practice, it would be of less significance, as the beneficiaries ranking in priority under intestacy, being the surviving spouse and children of the deceased, would generally be the persons expecting financial provisions from the deceased's estate.
When a person dies, there may be estate (the money in bank accounts, company shares, real estate and other assets, etc.) left under the deceased's name. If some foreign elements are involved, for example, a deceased might have property in a foreign country or that a deceased, who is not a Hong Kong resident, leaves property in Hong Kong, generally speaking:-
·         Succession to "immovable property" (e.g. flat, building, land) is governed by the law of the place where the property is located. For example, if you (as a Hong Kong resident) own a flat in England, that flat will usually be governed by the succession law of England after your death.
·         Succession to "movable property" (e.g. money, company shares, personal belongings) is governed by the law of the deceased's place of domicile as at the date of death. For example, the movable property of a deceased who is a resident of the United States is usually governed by the succession law of the United States, no mater where such property is located.
If a property is jointly held by two persons, it will be passed to the surviving party on the demise of the other notwithstanding anything said under the Will.


Procedure for the application for grant of representation, distribution of assets and other relevant applications after the demise of the deceased is not covered. If required, please let me know 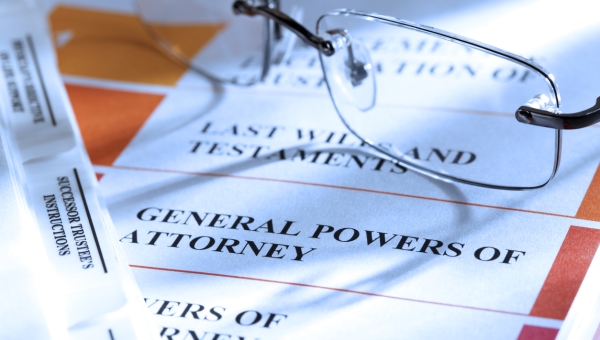