If we can inspire ourselves to dream more, learn more, try more and become more, we will be an inspiration for other people. Many in Hong Kong are enjoying their uncritical satisfaction with the present ‘achievements’. Pride, if not arrogance, is often a bad companion of unrealistic perception. Complacency is vermin, more to be feared than failure.

Raymond Young(楊立門)has an amazing life. The phenomenon of his convergent evolution can be perceived as a cosmic inspiration for Hongkongers. Phase by phase, he stayed truer and truer to himself; and followed his real passion. During his early school years in Raimondi College, he loved singing and Raymond’s band already received rousing welcomes.

In 1982, being one of the finalists of a TV singing contest and success being imminent, Raymond decided to withdraw from competition because Hong Kong Government offered him a very attractive job: Administrative Officer, the most senior grade of civil service. His need for stability prevailed. Having been in the hierarchy for more than 30 years and being at that time in power of a Permanent Secretary’s role, Raymond announced his life plan: early retirement from government and pursuing his passion to sing. Raymond and I talked. I said, “If money is not a concern but time is a problem, focus on what excites and propels you! Do not sing in charity shows only. Start your singing career from scratch and come down from your pride, if any, of once being a high-level official. Get used to the noisy, interrupting and non-attentive audience! Get used to having not enough performing jobs! Be prepared for any bad venue or theatre which will demoralize you! Brace yourself if your creative career will be packed with ups and downs.” I introduced WSM Music Group to Raymond. From there onwards, a star was born and Raymond is probably the most ‘senior/junior’ professional singer in the history of Hong Kong. He is unique: mature, gentle, cultivated, charismatic and with wonderful language skills.

Raymond performs as a solo artist and tours in theatres, concert venues and hotel function halls. CD is almost a dinosaur and the music of a singer has to be consumed on the spot. Raymond said, “When I was an official, there was somehow a distance between people and me. I served the people through the government’s policies and systems. Now, I serve people directly—the audience are just a few yards away. When I work onstage, my talent may not mean much, my stage charm, acquired in humility and with hard work resulting from bad experience, means everything. The job is always to make the audience enjoy to the fullest extent possible. Whether they laugh or weep, singing is an art that involves the audience as a participant as much as it involves the artist.”

I asked Raymond, “Do you regret to have made the decision of leaving the government?” He snickered, “No way! The best freedom is to be what you really are. Some passion is not meant to be caged. Now, I have no official position and am available for singing anytime. I truly feast my soul with freedom of choice, time and style.”

I mocked, “When you were an official, you were surrounded by courtiers seeking favour. Now, after make-up, you sit quietly and alone in the dressing room and wait for the command of others. How do you feel?” He understood what I actually did not mean, “Perfectly alright! The key word is humility. When one is humble, he can be flexible and adaptive. I am not a superstar and still struggling for wide recognition. I have no problem that people treat me like an ordinary performer. I do not even have my own hit song that everyone can sing. I sing simply because music moves my soul. Fame and fortune as a singer may or may not come. I don’t care.” I replied, “The former President of the Legislative Council of Hong Kong Mrs. Rita Fan told me 20 years ago that the biggest power was being powerless and yet able to get what you want. Some singers were not superstars but they were popular everywhere. It was their humility which charmed the audience.”

I asked, “Any story to tell us as a singer?” Raymond turned himself in, “I was sometimes a terrible singer under the curse of ‘Murphy’s Law’: anything that has gone wrong will keep on being wrong. On one occasion, I sang with the international singer Lea Salonga, the ‘Miss Saigon’, and we sang ‘A Whole New World’. I was a bit nervous and had a feeling that I would be wrong. It ended up that I really went wrong and mixed up the lyrics.”

Young age, good appearance, great voice and wonderful singing skill are a success model of any singer that is hard to break. Raymond is trying to break the model by taking away the 1st component only. It is unprecedented in Hong Kong and I sincerely wish him luck especially when I myself can feel that interest and passion are now embezzling many sums from my life. 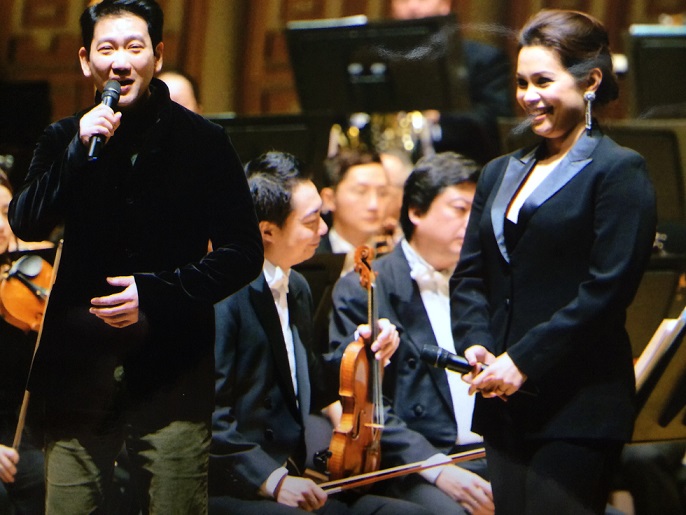 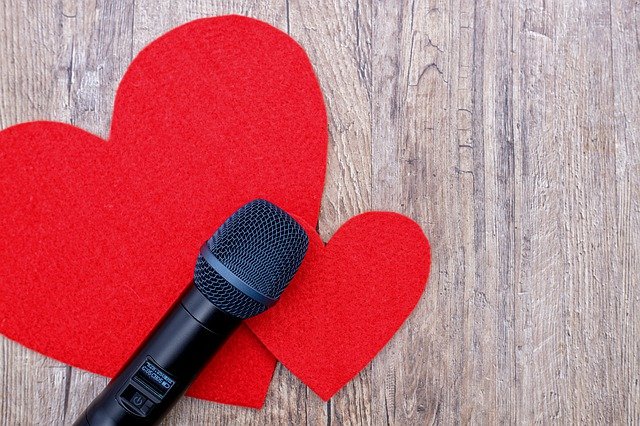 What singing good for the elders