The Fringe Club building was formerly office of Dairy Farm served as their storage for cold dairy products. The building was built in 1890, in Eclectic architectural style with only the South Block, but constant expansion saw the need of a North Block. Dairy Farm used the buildings as headquarters until the 70s. The North Block was occupied by the Foreign Correspondents’ Club in 1982, and 2 years later, in 1984, the South Block was acquired by the Fringe Club. After the hard work of volunteers and founder Benny Chia, the building has become an arts hub for free communication between artists and audience. Over the years, it has established itself as the culture and art landmark in the CBD of Central. In 2001, Fringe Club was awarded the Heritage Award by the HKSAR government.

The Fringe Club organizes The City Festival at the beginning of every year. Formerly named Fringe Club Festival, it embodied the spirit of Edinburg Festival Fringe, which provides the environment for local and overseas artists from different art disciplines with an exhibition venue in Hong Kong or overseas. It was renamed The City Festival after the Handover. 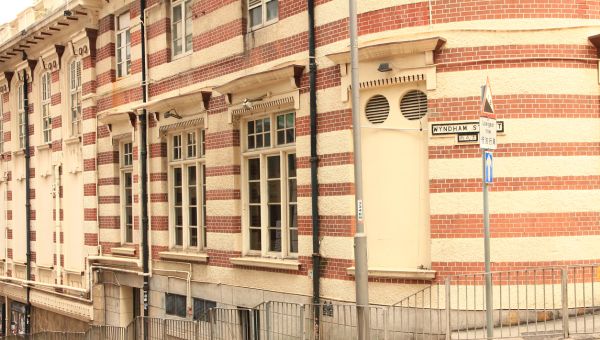