Located opposite the Hau Wong Temple, the Stone Houses are listed as Grade III historic buildings. The site once housed a 2-storey European structure, with a garden, called ‘Ho Mansion’ by the Ho family from 1880 to 1890.

In the 40s, when the Japanese occupied Kowloon City, they demolished many villages to expand the Kai Tak Airport. Afterwards, between Ho Mansion and Junction Road, a two-story resettlement project called ‘Hau Wong New village’ was built for resident resettlement. From the 50s to 90s, it was changed to movie studios and factories and later leased to tombstone factories, such as Nam Yan Kee Grave & Tombstone Construction Company. The village was later demolished in 2001, with only the Stone Houses remaining.

The current site of the Stone Houses witnessed the architectural characteristics of the squatter areas in the 1940s and 1950s, reflecting the living conditions of the residents in Hong Kong after the Second World War. The Stone Houses follows traditional Chinese architectural features, with its interior being predominantly wood. But whilst the roof beams and floorboards are made of wood, the outer walls are made of stones and bricks, and the roof is a gold-shaped upper cover. Preserving the architectural features of the time, there are Chinese-style tubular tiles and slab tiles, as well as wooden locks and stone jacks found on the gates.

In 2008, Wing Kwong So-care Company Limited revitalised the site, and after two years of restoration work, the Stone Houses is now a tourism spot. On top of this, they added more features such as the ‘Ice Room.’ (i.e. a traditional Hong Kong coffee house), a tourist service centre and a cultural relic discovery centre to preserve the Stone Houses and serve the community.

In addition, the Stone Houses have a garden where visitors can meditate and take a look at the seven exhibits along the path that review the rich history of Kowloon City. The Stone Houses also have board game services and regular elderly activities, allowing visitors to spend a happy time together while looking at our city's history with their families and friends. 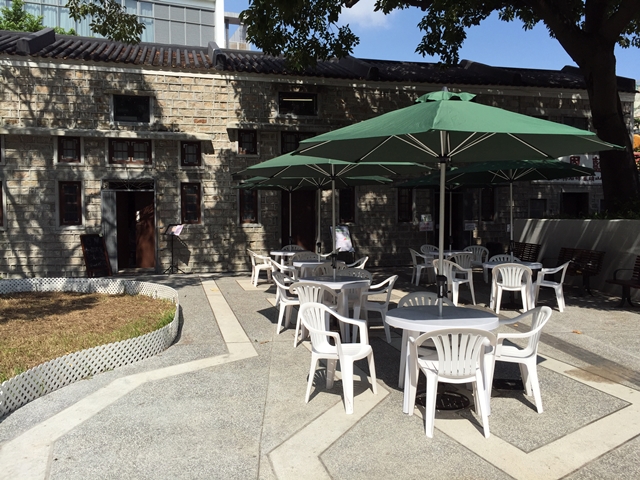