A former cinema and Red Brick Building, Yau Ma Tei Theatre is now an opera venue. Built in 1930, the building is the only remaining pre-WWII theatre in the city area, and was one of the 5 largest theatres. It was where the residents, pier workers, labourers, boat dwellers and rickshaw pullers nearby went for entertainment. It was declared Grade II historic building in 1998 after it ceased operation the same year.

Yau Ma Tei Theatre witnessed the rise and fall of Hong Kong movie industry. It only showed silent films at the beginning of operation. It started showing movies with soundtrack from 1935. The 60s is the golden era of cinema, the theatre specified in showing movies produced by the Shaw Studio, and the screening were always full. In the 80s, the theatre was part of the Gold Princess circuit, showing movies from Cinema City. As times go by, large theatres with over 1000 seats gave way to mini theatres. In order to survive, it joined the Yat Wood circuit to screen erotic films from Europe and Japan. It pioneered the “Day Pass” which allowed audience to view all shows in a day with one ticket. It ceased to operate in 1998 nonetheless, and was taken over by the Lands Department. In December the same year, The Antiquities Authority declared it a Grade II historic building. In 2012, the theatre, along with the adjacent Red-Brick Building (former Yau Ma Tei Water Pumping Station Dormitory) were revitalized as venue for artistic performances, providing venue for performance, rehearsal and education of up-coming Chinese opera artists and organisations. For those who are interested in Cantonese opera and would like to support the inheritance of the art, you can browse the Yau Ma Tei Theatre website under the LCSD. There is show schedule and workshops of Cantonese opera. 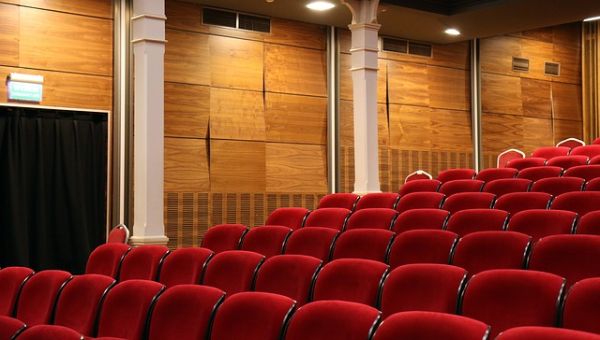