Tai Po
Tang clan and Man clan of the “5 Great Clans” were already living in Tai Po area from Song and Ming Dynasty. It was the administrative center for the New Territories at the beginning of colonization. Thus, Tai Po has many temples, historic sites and Wais which were passed down from many generations, and it also has colonial architecture, such as Tai Po Police Station and former residence of Chief Secretary. Geographically, Tai Po has Pat Sin Leng Mountain on the north, Tolo Harbour on its east, and also the Plover Cove Reservoir in Tai Mei Tuk. It has abundant traditional sites and natural scenery.
Elderly Services

Under the management of Hong Kong Cultural Museum, this former Tai Po Market Railway Station caters specifically for the railway and transportation history of Hong Kong. It is the only station with Chinese architectural style among all railway stations in Hong Kong. It was only a signal post from 1910 to 1913. When it was formerly turned into a railway station, it was one of the important stations of the Kowloon-Canton Railway. This station was closed when the new Tai Po Market station was put in use in 1983. It was later declared as monument by the government and after restoration, open to public in 1986.

A 10-minute walk from Exit A2 of Tai Po Market Station to Tai Po Complex, follow the directional signage of the Museum and then through Wai Yi Street to On Fu Road by a 8-minute walk.

Interchange Mini Bus no. 20A, 20C, 20K at mini bus station next to MTR Tai Po Market Station, alight at Tai Po Complex and then through Wai Yi Street to On Fu Road by a 8-minute walk. 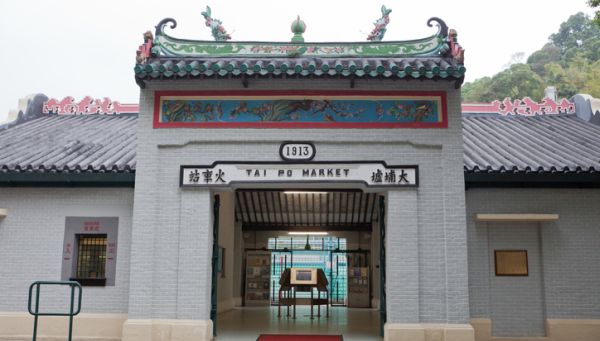