We may encounter difficulties when cooking at home.  The following are  some tips for you.

Wash vegetables first before cutting to avoid nutrition loss. Vegetables should not be cut into too small pieces as more exposure to air means more vitamin loss.

Do not use too much water when blanching vegetables

Water need to be only slightly above the surface of vegetables when blanching to reduce the loss of vitamin.

Put the fish into the pot and cover it only after water is boiling. The cooking time depends on the weight and thickness of the fish. Do not open the cover immediately after steaming; open it after turning off the fire for one or two minutes.

Method 1: The fish should be completely dried. When frying, do not be anxious to flip the fish. Frying the other side when the first side turns golden brown.

Method 2: Add some salt on the fish. Put ginger into the pot. Add oil into the pot and wait till the oil become hot before frying the fish.

Before steaming, remove the bubbles in the eggs and cover with tin foil.

Tin foil could be crumpled by hand before placing on the baking tray. The food would not stick to the tin foil.

When boiling soup, meat can be replaced by cashew. This is convenient and the soup would be as delicious.

Oatmeal can be added when steaming meat pie. A spoon of oatmeal and a spoon of water can be added into the steamed meat pie to make it more smooth and tasty.

Put ramen under cold running water immediately after leaving the pot. The ramen would be more smooth and tasty no matter it is boiled or fried.

Noodles will not stick together

Put noodles vertically into the boiling water. Let the noodles spread naturally and they would not stick together after cooking.

Remove the taste from frozen food

Remove the internal organs and wash away the blood from the fish. Dry the fish. Add ginger and shallot when cooking to remove the fishy taste.

Make use of food preservation bags

No tears when cutting onion

Method 1: Freeze the onion for 7 to 8 minutes before cutting.

Method 2:Cut away the two polar sides and soak in cold water for 10 minutes before cutting onion into pieces.

Method 3: Do not cut onion down to the very bottom, cut the roots as the last stroke.

Cut both ends of the bell pepper. Place the pepper vertically, and make one cut on one side; the core and the seeds could be removed easily.

Roll orange on the table gently for a few rounds, then cut a circle in the middle part. The orange peel would come off in two pieces.

Cut water melon into half. With the inner part facing down, cut water melon vertically and horizontally. Eating would be convenient and the juice would not splash.

No colour change after cutting apples, pears and eggplants

After washing and cutting apples, pears and eggplants, put into salt water at once.

No colour change after cutting potatoes

After washing and cutting potatoes, soak them into water at once.

Bananas will not turn black

After cutting bananas, put lemon juice on them.

Method 1: Cut a cross at the bottom of the tomatoes, and put into a bowl of boiled water. This makes it easy for removing the skin, but do not leave the tomatoes in the water for too long.

Method 2: Cut a cross at the bottom of the tomatoes, and boil them for around 10 seconds.

Method 1: Put garlic on silicone pad, and cover garlic with one side of the pad. Press gently and roll up and down for about 10 seconds. Garlic will be peeled off.

Method 2: Put garlic into an empty bottle or plastic box. Vigorously shake it up and down for about 10 seconds.

Method 1: Remove the chestnut shell and put into water boiling for about 5 minutes. Put the chestnut on a towel, and use the towel to peel off the chestnut when it is still hot.

Method 2: Cut a cross at the tip of chestnut, and put it into boiling water until the cross burst open. Peel off the chestnut when it is still hot.

Cover grater with tin foil first before grinding garlic and ginger. The ingredients will not stick in the holes, and it is easier for cleaning.

Extend the preserved period of garlic and ginger

Put a steel spoon into the gap of the cap, and twist the spoon along the cap; the cap can be open after gently twisting. If the gap is too small for the spoon, use a tape to stick the cap and its edge. Then, twist the cap vigorously. 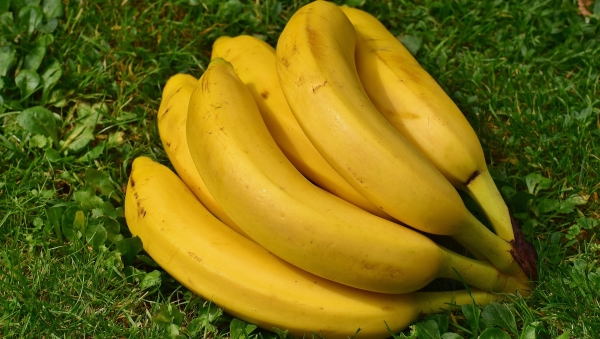 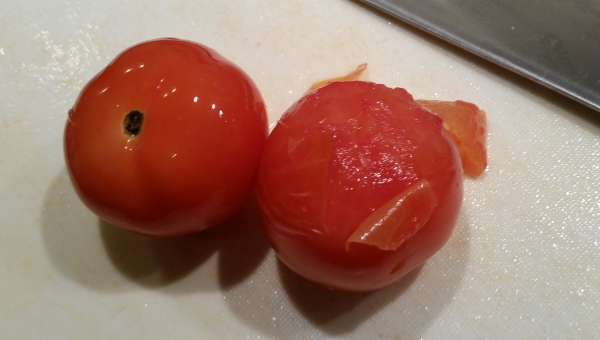