Have you noticed that many of your friends who have entered retirement age suffer from "Shingles"? Shingles is caused by varicella virus. When we have chickenpox disease in our childhood, the immune system repelled the virus so that we recovered from varicella. However, the varicella virus did not disappear completely. Instead it might enter the nervous system and lie dormant there for years.  When our immune system weakens, the varicella virus will have an opportunity to reactivate and cause infection.

Under normal circumstances, people who have had chickenpox have antibodies in their body to fight the virus, but the antibodies decline with age, generally starting  between 40 and 50 years old. When the antibody declines and the immunity is weak, the varicella virus might easily extend to the skin through the nerves, causing skin infections.

Patients will have redness, pain, rash, blisters, and a burning sensation on the skin. it generally develops on the face, chest, waist, hands, feet, etc.

Are  shingles fatal if they go round the body?

“Shingles” is not highly contagious as the disease is caused by the varicella virus in the patient's body. People who have never suffered from varicella will not catch shingles as long as they do not have direct contact with the shingles rash.

The symptoms of shingles might easily be mistaken as some type of common skin diseases, such as eczema. Instead of seeking medical advice, people might simply buy and apply some ointment. If you have found red rashes on your body, consult a doctor as early as possible  to see if you have shingles or other skin diseases. Do not wait until the symptoms and signs get worse. If patients can take specific antiviral drugs within 48 hours after the onset of the disease, it is more likely  the virus can be controlled and can reduce its symptoms.

If  the golden 48 hours for treatment is missed, it will be more difficult to control the virus. The blister will get larger and break open, the skin will fester and leave scars, hence, increasing treatment difficulty. Once shingles affect the forehead or eyes, it might lead to blindness, deafness, persistent neuralgia and other kinds of sequelae.

Eldersies might easily overlook or ignore symptoms and miss the best timing for treatment which might lead to a higher chance of sequelae. Therefore, prevention is better than cure! People over the age of 50 can consider injecting shingles vaccination, to reduce the chance of getting shingles or lower the severity of the disease. 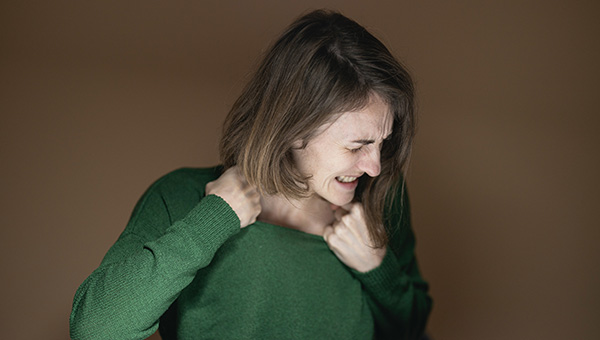